My Adventures on the Internet

No Widgets found in the Sidebar Alt!

No Widgets found in the Sidebar Alt!

I worked for a few different radio stations in Lakeland, Florida in the late 70’s and early 80’s but none was as much an influence on me as WQPD. Back then I was mainly doing the “Morning Show” and producing radio commercials.

As part of the two-person Morning Show, my job was to deliver real news without being too serious. When not announcing the news, my on-air persona was the live studio laugh track for the other guy. It’s weird recounting this now with the distance of some 40 years. It’s hard for me to place the timeline accurately for when I worked with the two main people who made up the other half of the morning team.

In that distant timeline I believe of the two guys, Jay and Roscoe, I started with Roscoe. His real name was Paul Gilmore, but his flamboyant stage name was Roscoe P. Goodtyme. He was truly serious about the quality of the comedy we performed in-between records and news casts. I remember working on “bits” at his Lakeland apartment swimming pool 2-3 times a week.  One of the worst moments of my life was Friday, November 28, 1980 when the station program director John Jenkins and I discovered Paul Gilmore at his apartment the day after Thanksgiving. He had committed suicide in the kitchen with a handgun.

There were hundreds of hours of our broadcasts on cassette tape that we ran every day and reviewed with each other. Sadly, I have found a very few of them. 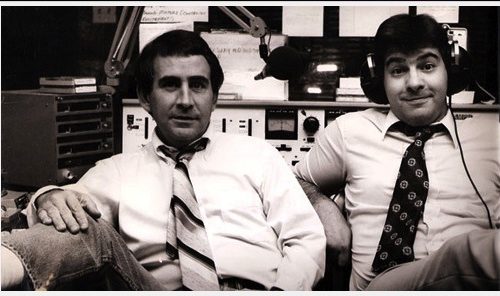